Piet Mondrian and his paintings 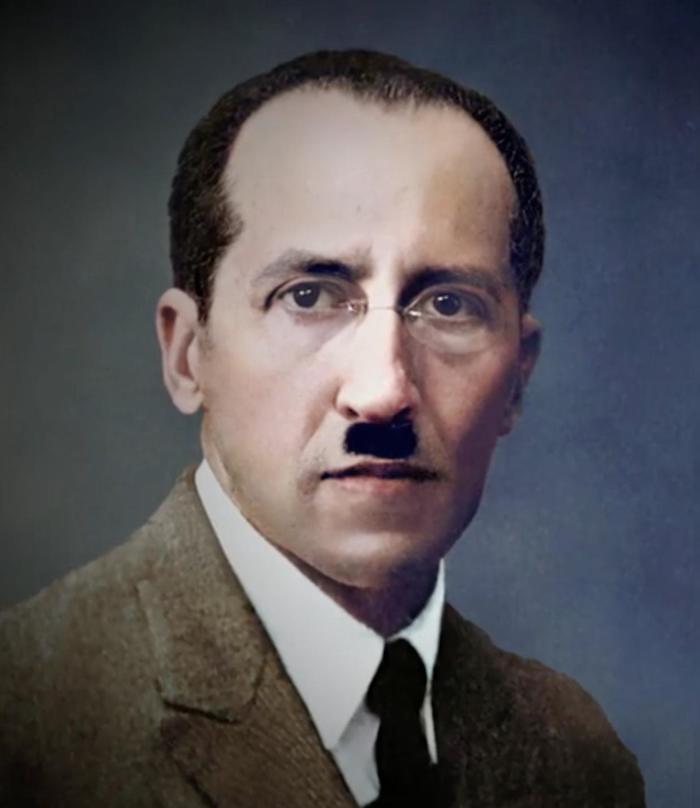 Piet Mondrian is a Dutch painter who has carved a unique niche for himself on the global platform matching the likes of other celebrity painters. He is possibly best known for being one of the founders of the De Stijl, which incorporated an art movement that worked around abstract works, and the new art forms that were being introduced to the world in the early 20th century. The movement was also based on the reductive theory; which took a larger scale image, and brought it to life on the canvas, in architectural works, and in sculpture forms, and in the form of graphic arts as well.

Piet Mondrian was born in the Netherlands, and received his formal training there; he attended the Rijksadame van Beeldende in Amsterdam. Mondrian grew up during a time of lively developments in art. In the year in which he was born, in France, Claude Monet painted Impression, Sunrise, which initiated some of the greatest repercussions the art world had seen since the Renaissance. When Mondrian was 12 years old, Georges Seurat began painting in dots of pure color, rather than blending colors on his palette. Six years later, Mondrian's fellow countryman, Vincent van Gogh, shot himself in a cornfield, and 12 years after that Pablo Picasso painted Les Demoiselles d'Avignon, a work that profoundly affected painting and the way in which artists perceived themselves.

Piet Mondrian took an interest in impressionist techniques and this form of art with the early works that he did. Like Van Gogh, Mondrian uses pure, glowing colors and expressive brushwork under the influence of pointillism and Fauvism. The still life images, the landscape design work, and other scenes which he depicted in his early career, all depicted this style, although his palettes during this period are more akin to the ochres, russets and browns of Rembrandt paintings.

In the first decade of the 20th century, Piet Mondrian began to make a transition in his style. His works start moving towards a pointillist and cubist style, as well as other abstract mediums that he engaged in at this early stage of his career. During that time, Dutch artists were increasingly aware of the radical works of Paul Cezanne and of the Cubist painters. Active in avant-garde circles, Mondrian was very influenced by the new art movement happening in Paris. In 1911 he saw for the first time the early Cubist works of Pablo Picasso. He was profoundly impressed. Almost immediately he began to adopt the concept of Cubism to his own use, as evidenced in two versions of Still Life with Gingerpot, done during the winter months of 1911-12. In the first version, the objects are rendered as recognizable forms from everyday life; in the second, he transformed the same objects into compositional structures, taking his drive toward abstraction further than he ever had before.

In the summer of 1914 Piet Mondrian returned to the Netherlands to visit his father, who was seriously ill, and the outbreak of World War I prevented him from returning to Paris. During this period, when he was at home and in Holland, he decided to work on an abstract art form which later on was classified as neoplastic style. The work which he produced during this period was depicted by lighter colors, simplified color selection, and forms that were balanced in their compositions. He also developed work that delved into the spiritual realm, and created more of a connection with religion, and his faith, as opposed to the prior works which were not focused on this point.

Once the war had come to a close, Piet Mondrian decided to return to Paris; upon his arrival, he began to work with Theo van Doesburg, as well as other famous artists in the area, and this is when they developed the De Stijl movement which was quite famous, and is possibly what Piet Mondrian is most well known for during the course of his extensive career. The group was formed in 1917, and it extended the aesthetic principles to architecture, sculpture, canvas, and graphic art design which Piet Mondrian followed.

Upon disagreement with van Doesburg, about the use of diagonal lines in painting and artwork, Piet Mondrian decided to leave the group, and to start to work on new movements, and new forms of art he had not really entered in to in the past.

In 1926, Katherine Dreier, co-founder of New York City's Society of Independent Artists (along with Marcel Duchamp and Man Ray), visited Piet Mondrian's studio in Paris and acquired one of his diamond compositions, Painting I. This was then shown during an exhibition organized by the Society of Independent Artists in the Brooklyn Museum - the first major exhibition of modern art in America since the Armory Show. Dreier stated in the catalog that "Holland has produced three great painters who, though a logical expression of their own country, rose above it through the vigor of their personality - the first was Rembrandt, the second was Van Gogh, and the third is Mondrian."

In 1931, Piet Monrian joined the Abstraction- Creation line, which was more open to new styles, to new techniques, and to a difference in styles of work, which the artists would create. In 1932, a major retrospective exhibition of Mondrian's work was held at the Stedelijk Museum, in honor of the artist's 60th birthday. It was around this time that the painter began to be fascinated with the idea of the line and dismantling the very definition of painting. Drawing and draughtsmanship - exemplified in the line -, he argued, had always lain at the heart of painting, from the Renaissance artists to the Impressionists to the Modernists, and no one had ever thought to challenge that.

When World War II began, Piet Mondrian decided to make the move over to London, and he eventually wound up in the US, living in New York. In 1942 he held his first solo exhibit; this was only a few years prior to his death in 1944. The work was presented in a large gallery in NYC, and was accepted by visitors as well as his peers in the art world.

To approach the spiritual in art, one will make as little use as possible of reality, because reality is opposed to the spiritual.”

In addition to being a celebrated artist, and founder of different art groups and reforms, Piet Mondrian also wrote a number of pieces during his career. He had many of these pieces published. His writings dealt with Neo-Plasticism and how the art form had changed, and with abstract work in general. He published a number of theoretical texts during the course of his life, and they were published in various magazines and other art articles, during the course of his career. Mondrian called his style Neo-Plasticism or "The New Plastic Painting", Mondrian uses the term "Plastic" to refer to the plastic arts - media such as sculpture, that molds three-dimensional form, or, in Mondrian's case, painting on canvas. For centuries, European painters had attempted to render three-dimensional forms in believable spaces - creating convincing illusions of reality. See for example The Girl with a Pearl Earring by Johannes Vermeer. In contrast, Mondrian and other modernists wanted to move painting beyond naturalistic depiction to focus instead on the material properties of paint and its unique ability to express ideas abstractly using formal elements such as line and color. Mondrian believed his abstraction could serve as a universal pictorial language representing the dynamic, evolutionary forces that govern nature and human experience. Perhaps this is why Mondrian characterized his style as "abstract real" painting.

Piet Mondrian not only is a leader in progressive styles and change in form, but he is also well known around the world due to the fact that his art work is published around the world, and that so many of his famous pieces are housed in different parts of the world. He has work in several galleries in New York, including the first open one person exhibit that he did, just a few years prior to his death. In addition to work published in New York, there are also pieces that sit in the National Gallery of Art in Washington DC. Outside of the US, he also has work that is on display in Paris, in Switzerland, in Amsterdam, and in many other museums and exhibits which are located around the world.

Due to his appeal with the different forms, and his ability to create work that touched so many, Piet Mondrian is one of the well-known artists who began his work early in the 20th century. Although he was born outside of the US, he did eventually make his way to the Western World, and was able to become quite famous in his own right, for the quality and styles that he took on with his work. He is not only known as a famous abstract painter in the US, but also in his home town in Amsterdam, and in Paris where he made a brief stay, to learn about the different forms and artists he was interested in. The Paris Studio of Mondrian that he established for creating some of the best artistic gems has been made iconic, which serves as an inspiration to the modern painters. More specifically, the wall works that Mondrian brought to the fore can never be ignored for sure. Tate Gallery in London houses one of the best works created by Mondrian every by experimenting with the latest color combinations. Perhaps, this has proved to be a major asset of his in later part of his life. Precisely, one of his paintings titled Composition with Yellow, Blue and Red mesmerizes art lovers still because of the unique freshness it has got. In fact, there are such countless observations of Piet Mondrian that are known to make a huge impact upon the emerging painters easily.